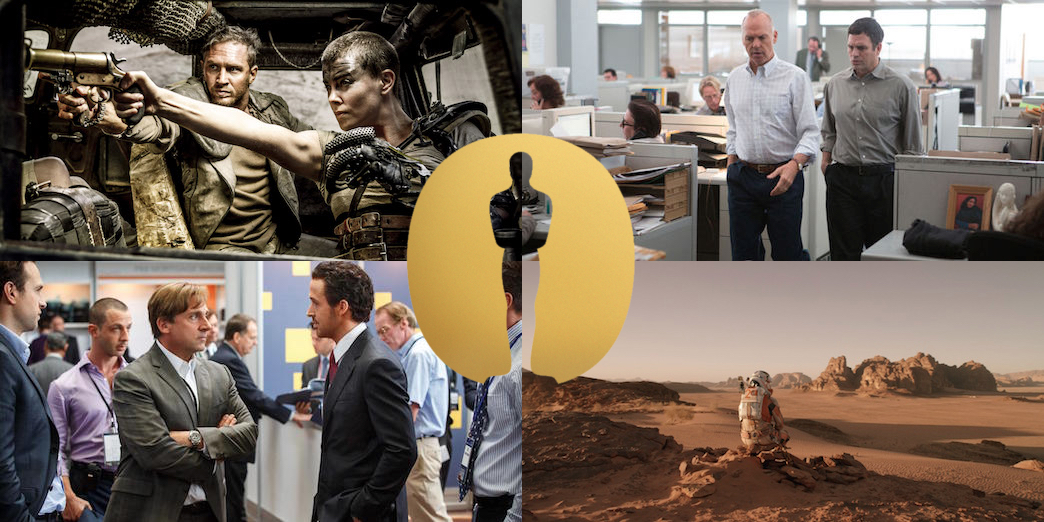 Because the Academy instituted the rule that the Best Picture category can anywhere from five to ten nominees, predicting this category is extremely difficult, as there is no way of knowing how many nominees there will be. For the sake of these predictions, I will be going to ten nominees, and I am not just doing that to cover my bases because it is extremely difficult to reach ten. Though, that does not hurt.

Even with all of the craziness this awards season, I think there are five locks, which are the five films I have predicted for Best Director. Spotlight, The Big Short, Mad Max: Fury Road, The Martian, and The Revenant show no signs of weakness when it comes to getting into that category. Yes, some have shown weaknesses in terms of winning but not having their names in the conversation.

If there are six slots, I think the next choice is Bridge of Spies. Fanfare has been quiet surrounding this film, but it has steadily popped up in all of the awards races this season, including the Producers Guild. We know the Academy enjoys Steven Spielberg, and if War Horse was able to get a nomination, I think Bridge of Spies should not have much trouble.

Now, things get tricky. If there are seven nominees, I’m going with Carol to score that nomination. Yes, it hurts to not be nominated by the PGA and Art Directors Guild, but the largest branch of the Academy are actors. Carol is a very actor-friendly movie with two phenomenal lead performances, and that is why I think it’ll get the extra bump.

On the same actor front, I think the eighth slot will be filled by Room. Brie Larson will most likely be taking home the Best Actress award, and Jacob Tremblay could definitely be nominated (he was at the Screen Actors Guild). Actors could help this movie quite a lot. Along with Carol, it was not nominated for the PGA Award, but historically, there are two film differences between the PGA and the Academy. I think Carol and Room will be those differences.

At number nine, I have Straight Outta Compton. This, on paper, should be higher, as it is one of the three films to garner nominations for the PGA and SAG Ensemble awards (the other two being The Big Short and Spotlight), but aside from those two guilds, the love for the movie has not been terribly vocal. This could be one of those weird nominations that is Best Picture and nothing else. I tend to think there will be nine nominees, so this is where I think the actual cap will be, but let’s get one more.

The tenth and final slot, I think, would go to Brooklyn, which got a big boost with a PGA nomination. Before that it was hard to gauge how much support there was beyond Saoirse Ronan, but this shows it is there. It’s not as much as Straight Outta Compton, but it definitely is there.

Star Wars: The Force Awakens is still a possibility, though it not getting a PGA nom is a huge blow. Inside Out, a return to form for Pixar, could also be there, but it, like Star Wars, missed out on PGA. Two films that did get in with the Producers Guild were Sicario and Ex Machina. They are rising, particularly Sicario, and they might pull out some surprises. We will see.

What do you think will be getting these nominations? How many nominations will there be?