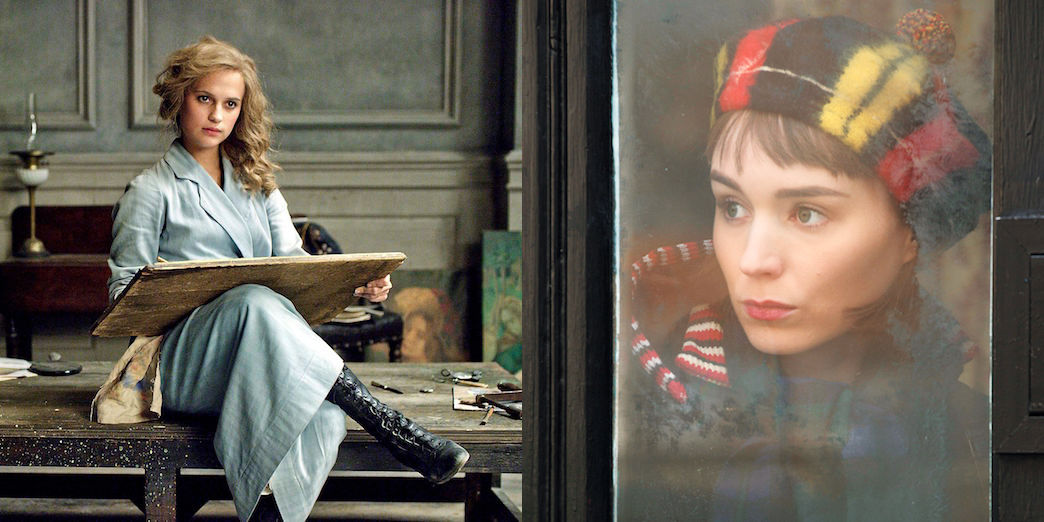 Over the next week, leading up to the Golden Globes, I will be looking at the six “major” categories at the Academy Awards to predict who will be the lucky ones nominated. The “major” categories include Best Picture, Best Director, and the four acting awards. Seeing how predictions turn out is the most fun element of the awards season, because, frankly, I could not care less who takes home golden statues.

My first examination is at a particularly tricky category: Best Supporting Actress. The most difficult thing about predicting this category has to do with category fraud, and for those who do not know, category fraud is when actors are petitioned to be in a different category from where he or she belongs in order to better secure a nomination. This year presents two women who have been recognized by organizations in both lead and supporting, and it is hard to tell which way the Academy will lean. Those women are Rooney Mara for Carol and Alicia Vikander for The Danish Girl.

The Golden Globes nominated both as leading actresses, but the Screen Actors Guild put them in supporting. Because the Academy is made up of mostly actors, I have a feeling they will be in the supporting category, even though they are lead performances. I don’t think there is a question of whether or not they will be nominated, because they will be, just which category. If by chance they do end up in lead, this could free up room for Vikander to score a second nomination for Ex Machina, as she did at the Globes and several critics groups. Personally, if it was a toss up between those two performances, I would choose Ex Machina, as it was one of my favorite films of the year, but The Danish Girl is a more Oscar-friendly movie and will probably go that direction.

The only other lock of the category, and there is no mistaking this category, is Jennifer Jason Leigh for The Hateful Eight. In an ensemble where she is the only woman, that allows her to really shine, but her character is so interesting and Leigh is so great it would be difficult to forget her anyway. If I had a vote in the Academy, she would get mine, not just to be nominated but to win.

Three other women that could also benefit from being in male-dominated casts are Kate Winslet for Steve Jobs, Helen Mirren for Trumbo, and Rachel McAdams for Spotlight. Winslet has been consistently nominated throughout the season so far along with her costar Michael Fassbender, but the fire behind Steve Jobs seems to be nonexistent. I do think she will end up in the category, but it’s not clear cut. Trumbo has been the big surprise of the season, doing very well at the Globes and SAG, and I think Mirren will snag that fifth nomination. McAdams did get a SAG nomination, but that was before most people in the guild had seen The Hateful Eight. Mark Ruffalo and Michael Keaton have been struggling this season, probably cancelling each other out, so McAdams may be the only acting hope for Spotlight. If Mara and Vikander end up in lead, there might be room for her. If not, like I am predicting, I think she will just miss out.

Two other women in the mix are Jane Fonda for Youth and Elizabeth Banks for Love and Mercy. Fonda did score a nomination at the Golden Globes, but with a scene and a half performance that is very big in an odd (but great) film, it might be easy for her to get lost in the shuffle. Banks has done well with critics groups, but I don’t think that will be enough to push her over the edge, especially with so much strong competition.

You can never discount a curveball in these races, though. Thanks to critics groups, the push for Kristen Stewart for Clouds of Sils Maria has been put into overdrive, as it got a late start on because the film came out in April and a chance for a nomination seemed nonexistent. Stewart is a big star, and there is a chance the Academy would be willing to acknowledge her doing stuff that is no Twilight. She would easily get a nomination from me. I don’t think it will happen, but in a category where twists are prone to happening, this could be one of them.

This is fairly safe list of nominees, but I think it will end up being the correct group. Who do you think will be the five women whose phones start ringing on January 14th?