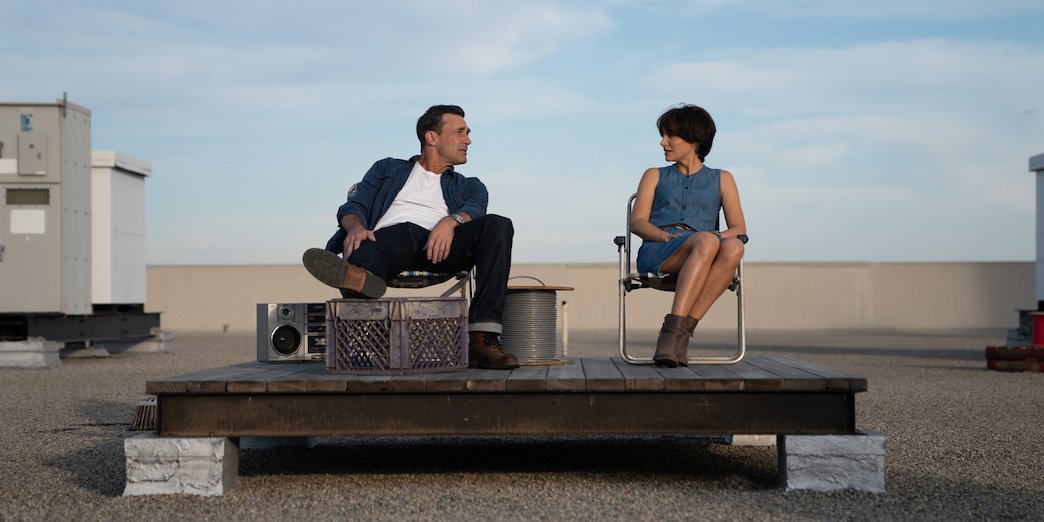 In the last several years, there has seemingly been an uptick in the experimentation of aspect ratios. Sure, we have your common 1.85:1 and 2.35:1 (or 2.39:1 for those who want things a little wider) out there. Academy ratio (1.37:1) certainly has made a comeback with films like Kelly Reichardt’s Meek’s Cutoff, Pawel Pawlikowski’s Ida and Cold War, and the films of Andrea Arnold (American Honey, Wuthering Heights). Then you have Christopher Nolan and other’s ventures into full IMAX at 1.43:1. Even this year, Robert Eggers’ The Lighthouse uses the very unusual 1.19:1 aspect ratio. I know I just threw a lot of numbers out there, but basically, the larger the number is left of the colon, the wider the image will be.

It isn’t even particularly novel to switch aspect ratios within a film. Wes Anderson’s The Grand Budapest Hotel utilizes four aspect ratios for the four different eras it takes place in. Xavier Dolan’s Mommy transforms from the incredibly boxy 1:1 ratio to 1.85:1 at a particular moment of the main character’s freedom of expression. All that being said, Lucy in the Sky, the directorial debut of Noah Hawley who created the television series Fargo and Legion, takes things to a whole new level. Mainly splitting its time between 2.39:1 and 1.37:1, Lucy in the Sky spends a good chunk of its runtime morphing the frame in front of us from one size to another, drifting between them as our main character’s mind drifts from dealing with cold reality to the grandeur of outer space. A concept not without value, for sure. However, the execution only acts to alienate the audience from the story, constantly drawing our attention to the technical crafting in the editing suite rather than enveloping us in the story.

Inspired by the life of Lisa Nowak, the astronaut who drove halfway across the country in an attempt to kidnap the romantic partner of another astronaut she had an affair with, here she is named Lucy Cola (Natalie Portman giving us an accent). The film opens with her in space, basking in the glow of the sun hitting the Earth. She knows her life will never be the same after that moment. Nothing will recreate that high. After landing, she immediately starts getting ready for the next time she will have the opportunity to head back up. At home, she lives with the wettest blanket of all husbands, played by Dan Stevens, and her teenage niece (Pearl Amanda Dickinson) has been dumped on them as well by her nogoodnik brother. But a standard home life ain’t gonna cut it after space, so she starts up an affair with fellow space-goer Jon Hamm (quite frankly, the only man you could buy Dan Stevens getting cucked for). Spiraling downward ensues.

I feel awfully bad for the cast of the picture, who are trying their damnedest to do some emotionally heavy lifting. Though I joke about Portman’s thick accent work, she is giving you a fully realized performance of someone who truly feels as though she has faced the sublime. Stevens believably sheds his sex god appeal and heads straight into full Christian camp counselor mode, something that may seem thankless but could easily feel phony. Ultimately though, these talented artists are being underserved by a script that isn’t entirely sure what it has to say about how this experience effects our central character and her immediate circle. Is Lucy a genuinely changed person who can’t connect with people? Is she just a victim of workplace discrimination? Is what she is doing justified? The film does not pick a lane.

Being thematically muddled is one thing, but mixing it with a truly chaotic visual style is another. I know I spent an awfully long time already discussing aspect ratios. However, watching the film, Hawley never finds a way to organically make the shifts a part of the storytelling language. The first time filmmaker syndrome of wanting to show off a little cannot help but seep through. So, you struggle with figuring out what the film is trying to say, and you struggle with figuring out why it is being shown to you this way. The sum of it all just distances the viewer.

Noah Hawley is not an untalented fellow. He clearly has a lot of things he wants to grapple with and try. Like any craft, he will put in more work and practice, and perhaps with that experience, he will be able to fine tune his skills to where the story, themes, and execution all meld together seamlessly. Lucy in the Sky, in the meantime, is a muddled slog. With his television shows, he can have the time and space to delve into every question he wants to tackle. But film and television, however much people want to tell you are basically one in the same now, are vastly different in storytelling styles. So, the next Hawley picture could certainly be something great after some more work in figuring out those differences. Lucy in the Sky is not.