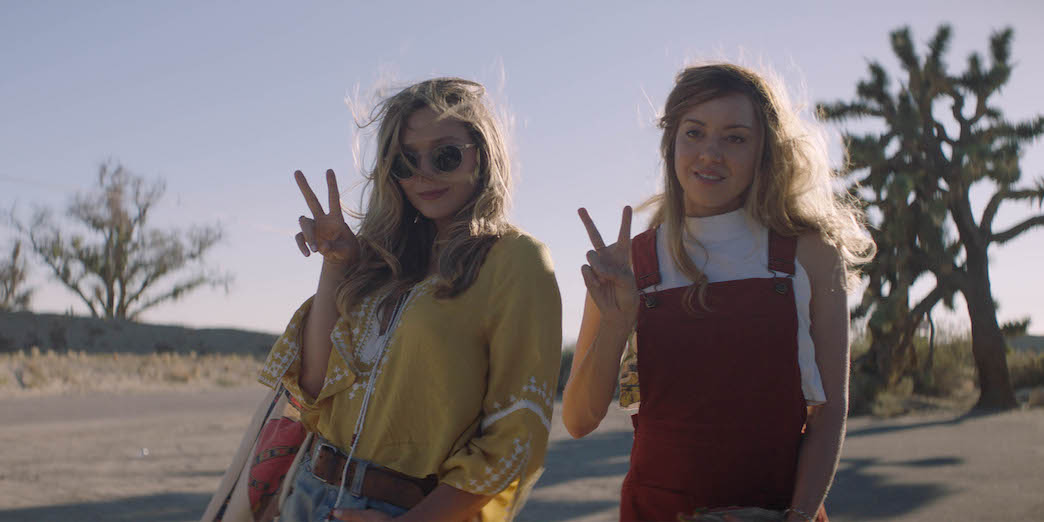 I don’t use Instagram. I’m not saying this to try and sound superior or anything. If you want to use Instagram, go forth and be merry. For whatever reason though, Instagram has been the social media outlet that makes me uncomfortable. Sure, Twitter is a toxic cesspool of anger and yelling and Facebook shines a light on your racist distant relatives, but Instagram is the one putting sweat on my brow. The difference I think deals with what they convey. Facebook and Twitter mostly trade in information. Instagram, on the other hand, trades in self-image. Because of the old saying “a picture is worth a thousand words,” you can’t simply tell your friends and followers a message on Instagram. The picture you post will illicit an emotional response from your follower, whether if it’s what you intended or not. And, quite frankly, I’m not looking for emotional connections online.

Ingrid Goes West takes emotional attachment on social media to its furthest extreme. It presents Instagram as place where a severely mentally unstable woman can become obsessed with a certain person’s online presentation of her life and convince herself she and the object of her affection need to be best friends in order to be fulfilled in her life. Such is the case with Ingrid Thorburn (Aubrey Plaza), who recently was released from a mental health facility after pepper spraying a woman in the face at her wedding. Ingrid was not invited because she does not know this woman and only followed her on Instagram. Her rehabilitation seems to not have worked because once she’s released, she has a new focus: Taylor Sloane (Elizabeth Olsen), an Instagram photographer in Venice Beach. Ingrid decides to take the nearly $70 thousand left to her by her recently deceased mother and head out to California in order to try and find Taylor and somehow become her friend.

Feels like it’s been a minute since we’ve had a obsessed stalker movie. The ’80s and ’90s were filled with them, from Fatal Attraction to The King of Comedy to Misery to Single White Female (which gets a namecheck in Ingrid Goes West). Honestly, I’m surprised we haven’t gotten more in the social media age, which makes it so much easier for stalkers to keep tabs on their prey. Now, you don’t have to follow them in your car. You can just check Instagram and see where they are. Ingrid Goes West utilizes every tactic you can think of to great effect, making the simple act of swiping down on your phone to refresh your feed both funny and stomach churning.

This is one of the few movies that gets how we use modern technology right. So often in movies, particularly the ones that try to warn us about the dangers of technology, do not understand how the technology itself is not the dangerous thing. Technology is just a tool, and the danger comes in because of how certain people use it. The individual is everything. Ingrid Goes West knows this because we always see Ingrid as the one causing problems and not Instagram. Its critiques are aimed at people not being able to disassociate reality from the images on their phones, not at the app causing people to conflate the two.

People need to wise up and realize Aubrey Plaza is a star. FX’s Legion earlier this year started to show people she had more to play with than just the deadpan comic delivery she perfected on Parks and Recreation, but her performance here solidifies her as one of my favorite actors working today, who has so many colors she can play that you can’t take your eyes off of her. Few people have the ability to be so comfortable playing someone so uncomfortable in her own skin. She can be someone you pity, like, hate, and laugh at all at the same time. Her being so good is a big reason co-writer/director Matt Spicer can so effectively make this a human story and not a technological one, not to mention create so many different unique energies in Ingrid’s interactions with the other characters like Olsen’s flighty but secretly calculating Taylor or the Batman-obsessed, pot smoking landlord/love interest played by the immensely charming O’Shea Jackson, Jr..

Spicer and his co-writer David Branson Smith aimed to write a millennial social satire, and possibly, the hardest element to nail in a satire is the ending. I can’t count the amount of times the ending ends up whiffing the point the film was trying to make, not wanting to take that extra step into a really dark and uncomfortable place. Thankfully, Ingrid Goes West takes that step and pushes its characters and world into a place it needs to go for people who are walking out of the theater to not just have a pleasant 30-second chat after the movie and forget it in two weeks. Satire that doesn’t stick is useless, and Ingrid Goes West sticks.

This was the movie I was most sad to have missed at this year’s Sundance, but I am so glad it lived up to what I wanted it to be. Just for Aubrey Plaza alone, I would tell people to run out and see this movie. Thankfully, the movie surrounding her has a lot on its mind and a lot of laughs to boot. I know this review probably made it sound like was a somber, thought-provoking drama. But don’t be deterred, this is a dark comedy and features the line I’ve laughed hardest at all year. That doesn’t mean Ingrid Goes West can’t be about something as well. I don’t think I’d call it a #perfect movie, but it’s pretty damn good.