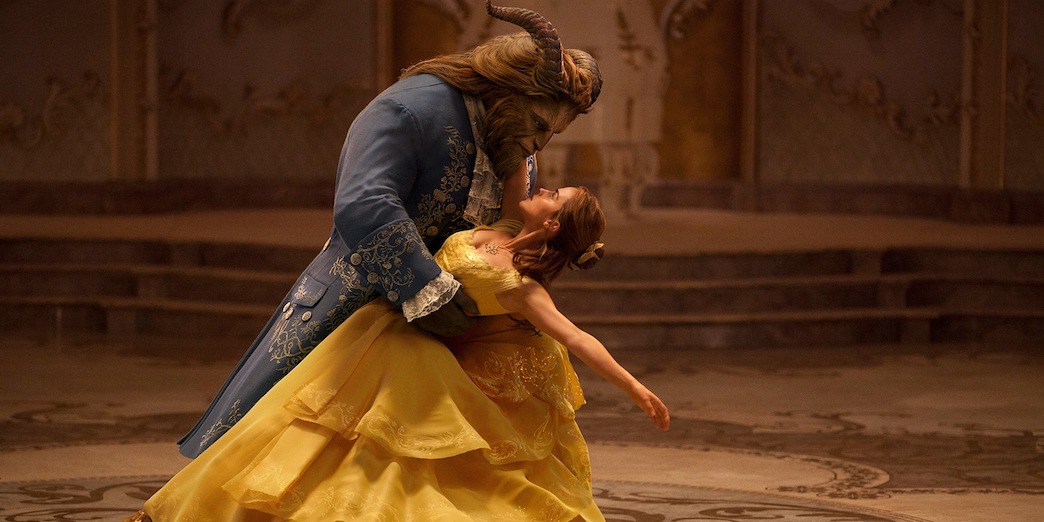 Disney receives a lot of grief about going back to their catalogue and remaking old films. I totally understand the annoyance. So many of us crave new stories that going back to these can, on its face, seem lazy. However, the results of this have yet to be outright terrible. Maleficent was messy, but the underlying rape metaphor was a bold one for a Disney film. The Jungle Book, despite its dramatic faults, was a technical feat worthy of the Best Visual Effects Oscar it won. Not to mention Pete’s Dragon and Cinderella, which turned out to be great films, and I’d argue quite a bit better than their original counterparts. However, Beauty and the Beast is a whole different animal.

The previous instances of Disney remaking themselves have been with movies that people may look back at with nostalgia but are not necessarily the strongest pieces of art. This time we are dealing with the first animated film ever to be nominated for Best Picture at the Oscars. We are talking about Alan Menken and the late, great Howard Ashman‘s iconic score, which I consider the finest to ever be written for a screen musical. 1991’s Beauty and the Beast is a masterpiece through and through and taking that on is no easy feat, particularly when you consider the first crack at this with real people has its fair share of issues when they brought it to the Broadway stage. I went in holding my breath and continued holding it through the film’s prologue. However, once I heard the first notes of the song “Belle,” I was able to take a sigh of relief. There is a reason that twenty-six years after its release the original film has endured. The backbone this version is built on is strong and sturdy, and though it has the occasional wobble, Menken’s music, Ashman’s lyrics, and strong direction from Bill Condon make for a gratifying experience, whether you have every word memorized (like I do) or are seeing it for this first time.

Of Disney’s remakes, Beauty and the Beast rides closest alongside its original. Other than an expanded backstory for Belle, here played by Emma Watson, regarding her absent mother, this almost mirrors the original scene by scene. This expansion is the main source of the film’s issues, creating an unnecessary mystery and a plot mechanic that makes absolutely no sense, even for a film with an enchanted castle. Oddly, the closer the film stays to the original, the stronger it is, which is never something I thought I would say about a remake.

Condon’s previous stab at the movie musical was the fairly lackluster Dreamgirls in 2006. In the decade since then, he helmed the recent Broadway revival of Side Show about the conjoined Hilton twins. This clearly was a massive education for him on how to properly stage a musical sequence. He doesn’t need to get too fanciful with his camerawork, and the blocking is dictated by the momentum of the music. And the flowing between book and score never jerks the audience. “Gaston” showcases the best of this, plus it’s bolstered by two terrific performances from Luke Evans, who finally makes a case for why he should be in films, and Josh Gad.

The one cast member who struggles with the vocals is sadly Emma Watson. Her voice is clearly getting some help in post, but not so much to where its overwhelming in artificiality. It just sticks out when juxtaposed with the aforementioned Evans and Gad, not to mention Moulin Rouge! alum Ewan McGregor and especially six-time Tony winner Audra McDonald (who, despite in such a small part, is given a bunch of opportunities to showcase her exquisite pipes).

Look, I don’t want to oversell this thing. It’s not innovative in the slightest, but it’s certainly well executed for what they wanted to do. Beauty and the Beast remains extremely faithful to its source, and that is simultaneously the source of what works about it and why it won’t really be remembered. The 1991 film is 84 minutes of perfection, and trying to capture it again is an undertaking destined to be underwhelming. However, the soul of that film carries over to this new version, and it’s hard to not get swept up in it all.