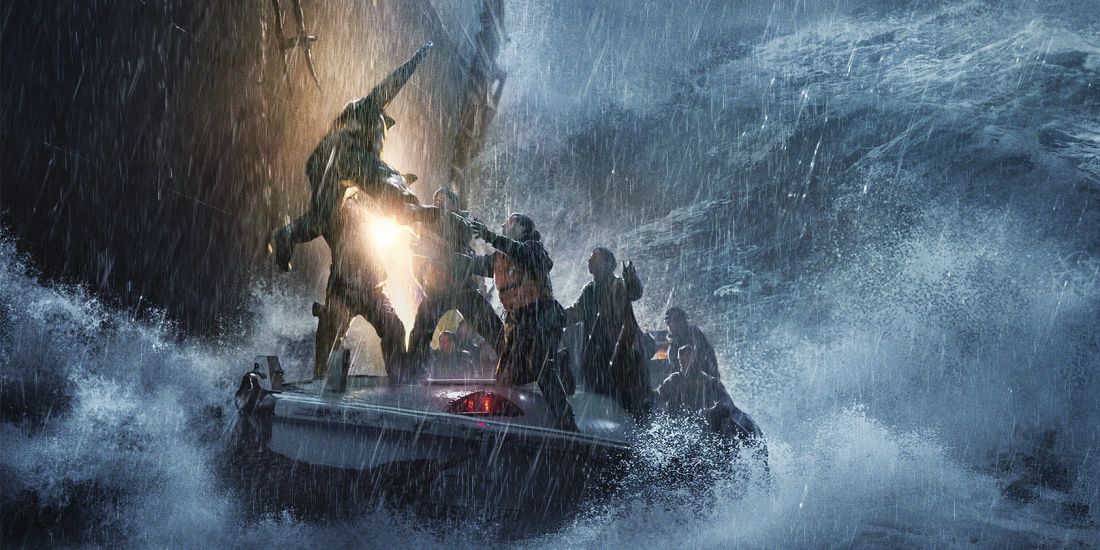 In music, there are songs referred to as “old standards.” The tunes are known to satisfy, but after years in rotation, the excitement stirred by them has been all but drained. The same can be said for certain categories of film, namely the historical drama. The industry is overflowing with serviceable features of this variety, so with such a surplus of supply one must attempt to create a unique angle or story element to break a film out from the pack. Seemingly, The Finest Hours was content with shuffling along with the herd.

In 1952, a blizzard hits the coast of Cape Cod resulting in one of the worst storms to hit the East Coast. The resulting waters ravage an oil tanker splitting it in half and stranding its crew of 30 men in the middle of the ocean. Word of the ship makes its way back to the Coast Guard who, short on men, send out a team of four on a suicide mission to find and rescue the sailors.

What follows for the next two hours is the most by-the-numbers drama I’ve seen since reviewing 2014’s Unbroken, but The Finest Hours is a bit smarter (and less insulting) in not pretending to be the Oscar contender it isn’t. It competently hits many of the bullet points necessary to get a film of this type to its conclusion. However, a particularly upsetting bullet point is a forced romantic angle between Chris Pine and Holliday Grainger. All of the blame should fall on the bland writing, which doesn’t seem to have any interest in making Grainger’s Miriam Webber an actual character. She’s there to dote and worry about her husband, but due to the lack of romantic development between the two, those feelings aren’t translated very well to the viewer.

Otherwise, you’ve got standard performances all around from the likable crews of both the rescue team and the stranded ship. Nobody sticks out as a bad apple, but there isn’t a shining star either, which given the involvement of an actor like Casey Affleck is a disappointment but falls in line with the “going through the motions” feel of the entire film. 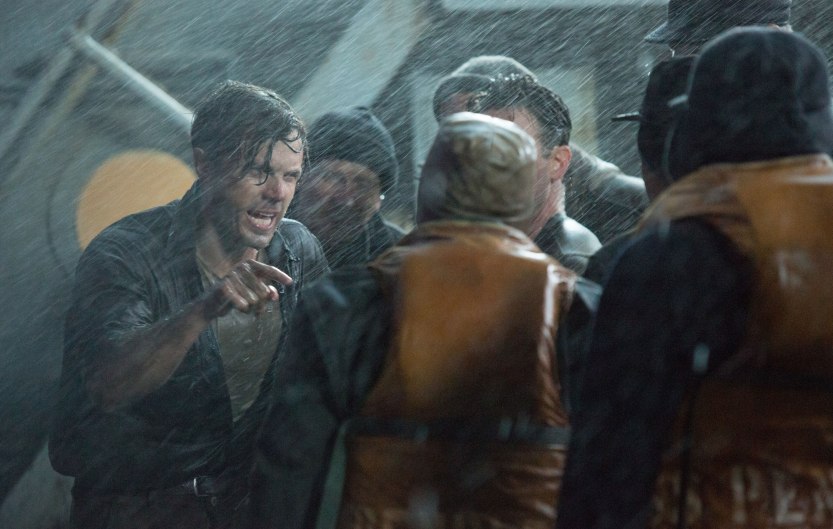 One of the few things to stick out about the film is the over use of low quality green screen backdrops. I understand that we can’t put these actors in unsavory waters, but there has to have been a better way to convey the danger. It brought back memories of San Andreas. That film’s use of CG perfectly fit the campy over-the-top style of product, but when the threat is supposed to be taken seriously as it is here, it comes off as a distraction.

Ultimately, the film is satisfied with being average in every possible way, and it never attempts to outreach its abilities or overstay its welcome. The Finest Hours‘ lack of ambition doesn’t teeter into infuriating territory, instead floating into the realm of boring. It is too forgettable to be frustrating. The result will no doubt please the crowd its aiming for. Again, if you enjoyed Unbroken, you’ll find something to like here. But for everyone else, stay out of the water.