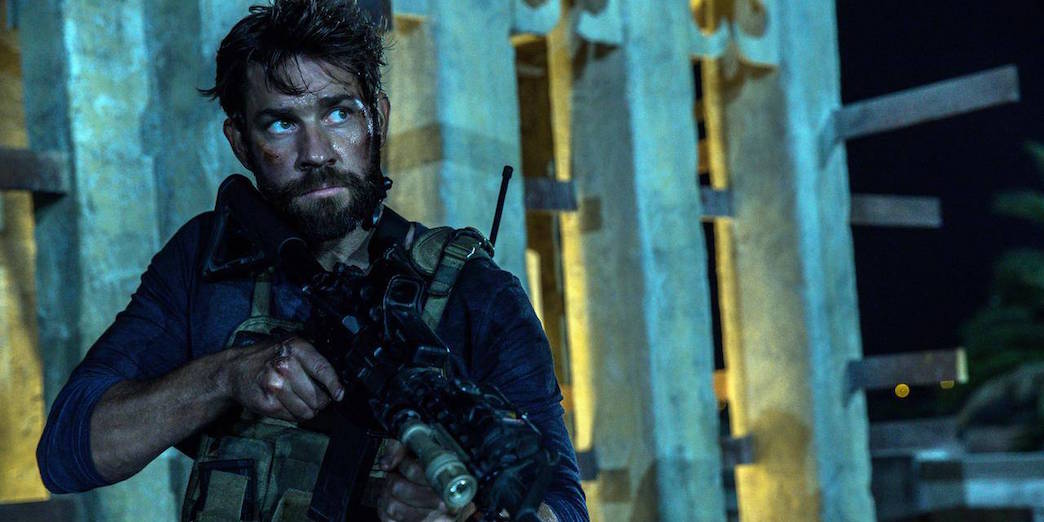 “My early prediction is lots of explosions and beards with a healthy dose of casual racism and sexism,” read a text message sent moments before the opening of 13 Hours: The Secret Soldiers of Benghazi, the latest effort from Michael Bay. The routine doldrums of the January moviegoing offerings paired with a director whose filmography doesn’t exactly scream class meant expectations were at a low. But what followed for the next 140 minutes was one of the most pleasant surprises of the last few months.

13 Hours recounts the events of September 11th, 2012 when a U.S. embassy located in Benghazi was attacked by Libyan militants. It focuses on a team of six CIA security contractors located just a few miles away from the embassy. When all hell breaks loose, the squad disobeys orders in an attempt to save an Ambassador and their fellow Americans, and they must fight through the night if they ever hope to see home again.

Since the first trailer landed, one of the most striking choices was the casting of John Krasinski as a leading member of the team. It was hard to imagine lovable Jim Halpert as a covert killer, but once the chaos gets rolling it becomes clear what Bay had in mind. Character development in the film is kept fairly light. Each of the six are presented as simple family men sucked back into the battle with only each other and bro-humor to get them through the day. But thankfully the script rarely makes the humor offensive, and this allows the entire team to come across as likeable guys.

When your characters are thin on story, likability goes a long way in making the audience care. Bay’s characters aren’t deep, but they don’t need to be. He knows exactly the type of film he’s making.

I can’t believe I’m typing this (and it really could be because expectations were so low beforehand), but Bay does a good job of presenting the men as hardened heroes without being detrimental to the minority groups present in the film. The director never succumbs to the easy way out by portraying the Libyan people as mindless monsters. He makes sure to provide a decent balance by including numerous locals on the American side, and in some of the film’s most layered moments often shows neighboring people going about their day as usual amidst the bloodshed.

Development of women and colored people isn’t entirely there, but when their Caucasian counterparts are treated the same way, it’s much more forgivable. There is still room to improve, but Bay has taken positive strides away from the black caricatures and incessant up-skirts in the Transformers franchise.

One of the most surprisingly helpful elements of the feature comes from this lack of development. Aside from a character or two, many of the Libyan people are portrayed exactly the same and kept at a distance. This means that like the soldiers the audience is initially unable to differentiate between friend and foe. It elevates the chaos and keeps the tension at a high throughout much of the somewhat lengthy runtime.  For a film that is 70% gunfights, it manages to avoid tedium for a majority of the ride.

13 Hours doesn’t offer deep insight on America’s foreign policy, and it doesn’t have much to say on the state of the Libyan government. It shows you these ideas and leaves them there for you to pick up later (if you want). Michael Bay stays focused on what he is good at: action, and lots of it. By stripping out much of the complexity, we get a dumb, frantic, and bombastic ride to kick off the new year.