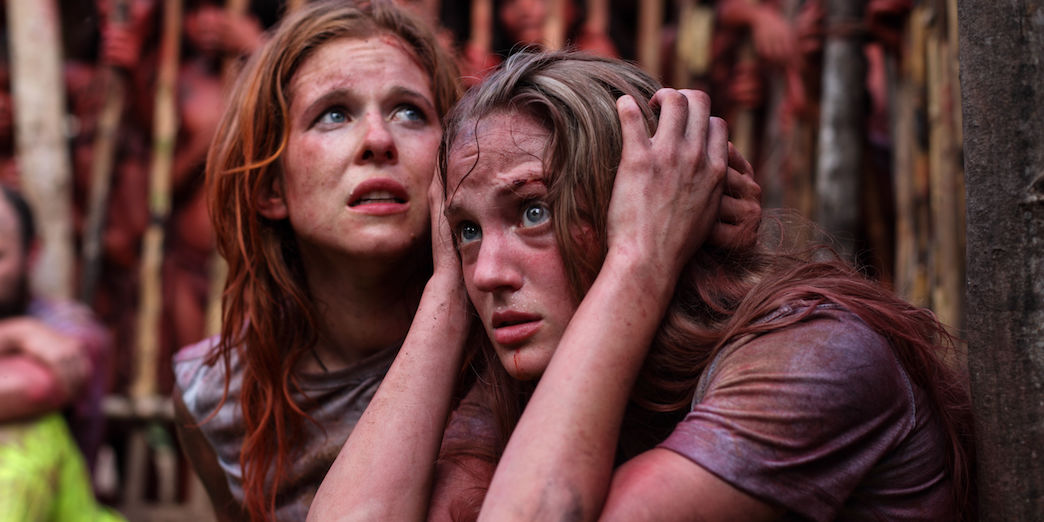 Eli Roth made a name for himself with his 2002 debut Cabin Fever, a small budget horror film that garnered enough praise to justify a remake scheduled for later this year. He followed it up three years later with Hostel. The feature helped propel his name into the mainstream, and made it synonymous with sadistic gore. Now after a few years away from the director’s chair, Roth is back with The Green Inferno hoping to regain some of the limelight, but if this is the best he can do he should get used to the shadows.

The Green Inferno follows a group of student activists who travel to the Amazon in hopes of saving the rainforest. After a seemingly successful protest, the team’s plane crash lands in the heart of the forest, but they aren’t alone. Before they can lick their wounds, they are taken prisoner by a local tribe with less than desirable intentions. With nobody coming to their rescue, the do-gooders must find a way to to escape or be eaten alive.

For the next 100 minutes, the film bounces between uninteresting and unnecessary. Despite having a dozen characters at his disposal, Roth can only muster up enough energy to create three types of characters: the dick, the virgin, and the rest. Any ability the cast could have displayed is shackled by shallow character development, and this directly correlates to the film’s biggest sticking point; the gore.

Now, I understand that there are viewers out there who find enjoyment in the kind of torturous violence found in a movie like The Green Inferno, but for the others (myself included) the mutilation found here almost always comes across as mean and dips into xenophobic territory for a scene or two. It comes down to how little is known about each character. Aside from “the dick,” each character is seemingly only there to help out. They’re a little misguided, yes, but always well-intentioned. Each demise lacks justification and therefore the audience can never feel an ounce of satisfaction. It’s continuously frustrating, but becomes downright upsetting when Roth eventually turns his back on the little amount of development that is present. If there’s a message hidden underneath it all, I couldn’t find it, and it doesn’t seem worth digging up.

The Blu-ray package sticks with the film’s lack of depth, as owners only have a photo gallery and a lone commentary track to look forward to. It would’ve been a nice addition to get a behind-the-scenes look at some of the village people or even a short “making of” featurette, yet we have another missed opportunity. Ultimately, fans of this type of film might find it worth a rental, but if you’re like me, don’t waste your time.

The Green Inferno is available for rental or purchase on Blu-ray, DVD, and VOD today.